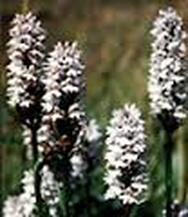 The Island Golf Club is located on the middle of three estuary-barrier complexes that lie at the mouths of estuaries in North County Dublin.
The most southerly barrier, which lies across the Baldoyle estuary, is the home of Portmarnock Golf Club. Just 5 km to the north, at the mouth of the Broadmeadow estuary, is the Corballis barrier which has been the home of The Island Golf Club since 1890. The third barrier, further north again, across the Rogerstown estuary, is the only one of the three not devoted to golf. Of the three, the Corballis barrier has by far the most spectacular sand dunes. These dunes occur in a series of north-south oriented ridges, and the golf holes, for the most part, lie in the valleys that separate them. At its distal end, the Corballis barrier is fingered by a series of tidal inlets between the dune ridges with extensive areas of salt marsh along their margins giving sheets of colour at flowering time. It is this pattern of dune ridge, valley and salt marsh that gives rise to the diversity of The Island’s flora that is depicted in the accompanying photographs.
​ 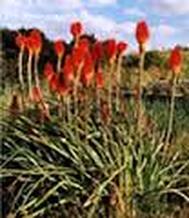 The foredunes forming the boundary of the links with the Irish Sea to the east have typical vegetation dominated by the great dune-building species, Ammophila arenaria or Marram grass. Moving inland to the fixed dunes, there is a progression to Festuca rubra or red fescue, as the understory to the marram grass. The fixed dunes are rich in the flowering species for which blue and yellow are the predominant colours, although for many it will be Rosa pimpinellifolia or the Burnet rose which will be remembered. Throughout the summer months the wild flowers of the dunes are an infinite source of fascination for members and visitors alike, and for many the trigger to awaken a dormant interest in nature and the environment.
​ 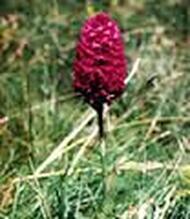 Although golf is largely confined to the areas between the dune ridges, where the water-table is closer to the surface and turf grass can be maintained, it avoids the areas with the shallowest water-tables. These wetter areas are not only untouched by golf but are particularly rich in their flora, and it is there that the orchids in particular flourish.
For golfers skilful or fortunate enough to confine their ball to the fairway, thereby missing out on The Island’s impressive flora, there will be the compensation of the sights and sounds of its birds. These include the visually striking stonechats, and chirpy, cheerful skylarks, as well as meadow pipits and a variety of seabirds.
Throughout its history The Island has valued and protected its natural heritage. Confirmation of this is a skylark on the club crest. A round of golf on The Island links is not just an exciting and exhilarating golfing experience, but an opportunity to renew and refresh associations with the wonderful world of nature.
UA-24207492-1